In Our Stars The random posts of Violet Flammel

This is a list of what in my opinion are good horror movies to enjoy during the upcoming hallows eve 😀 Theres nothing quite like the thrill of getting scared 🙂 have funn !

Five friends head to a remote cabin, where the discovery of a Book of the Dead leads them to unwittingly summon up demons living in the nearby woods. The evil presence possesses them until only one is left to fight for survival.

A woman goes in search for her daughter, within the confines of a strange, desolate town called Silent Hill. Based on the video game. 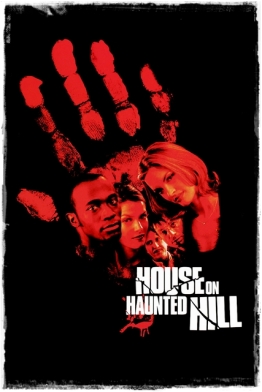 A millionaire offers a group of diverse people $1,000,000 to spend the night in a haunted house with a horrifying past.

A suburban American family is being stalked by a group of psychotic people who live in the desert, far away from civilization

A young F.B.I. cadet must confide in an incarcerated and manipulative killer to receive his help on catching another serial killer who skins his victims

A film student who is obsessed with the movie Grave Encounters sets out with his friends to visit the psychiatric hospital depicted in the original film.

There was an error retrieving images from Instagram. An attempt will be remade in a few minutes.

The random posts of Violet Flammel

Don't ever change yourself to impress someone, cause they should be impressed that you don't change to please others -- When you are going through something hard and wonder where God is, always remember that the teacher is always quiet during a test --- Unknown

Serving the unique needs of the more Funky Luxury market with quality products to make shopaholics and trend setters standout among the crowd.

This WordPress.com site is the bee's knees

Once Upon a Darling

Curiosity is the wick in the candle of learning.

It's about the outdoors, yoga, food and life in general from Ingrid's point of view